DGE has not yet approved PokerStars in NJ

The New Jersey Division of Gaming Enforcement has been very busy lately making sure that the launch of online gambling in the state towards the end of November goes off without a hitch. After presenting the bonus and trial period information earlier this week, the DGE has released a list of more companies approved to operate in the new online gambling market. 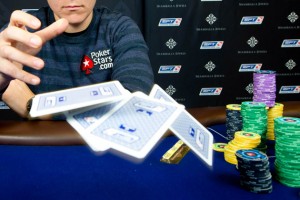 Another update is expected to be presented just one day before the trial period starts on November 21 but it seems that PokerStars will not make the cut. As of now, five of the 12 casinos in Atlantic City have received the green light to launch on November 26 if everything goes well in the five-day trial run. From the remaining seven, four belong to Caesars Entertainment, which has petitioned for licensing approval and the update on the 20th will most likely present the response. Other two casinos, the Atlantic Club Casino Hotel and Revel, are in deep financial problems which will prevent them from going online right now.

The remaining casino is Resorts Atlantic City, which has a partnership with the Rational Group, owner of online poker behemoth PokerStars and its sister cardroom Full Tilt Poker.

The efforts to bring back PokerStars in the United States market have become well known in the new gambling industry. Last year, Stars settled all civil charges in a deal made with the US Department of Justice worth $731 million, but there are still some criminal charges unresolved from the pre-Black Friday days. Isai Scheinberg was asked to step down from his active role in the company and his son Mark paid $50 million in order to settle any potential forfeiture claims regarding the assets he had with PokerStars.

Rational Group tried to buy the Atlantic Club Casino earlier this year in order to establish a foothold in the US online gambling market, but the regulators did not approve in time for the deal to go through. The agreement with Resorts Atlantic City can give PokerStars the chance to operate in New Jersey but there is still plenty of resistance from other operators and from the regulators, despite the fact that New Jersey doesn’t have a “bad actors” clause. 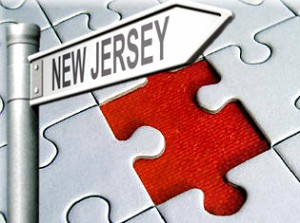 DGE director David Rebuck stated last month that the companies approved for online gambling in New Jersey have to have the right character and suitability in leadership since this affects the entire company. This can mean that Stars’ chances come down to how likeable its leaders are and since PokerStars is simply dominating the online poker industry in other markets, this can be a problem in the United States.

No PokerStars in the US for now

Stars has stated that the company is willing to work with the Department of Gaming Enforcement in order to resolve any concerns, but it is very likely that we will never know how the DGE really feels about PokerStars. The future is uncertain for Rational Group in the United States and the Resorts-Stars agreement will almost certainly not be available when New Jersey launches its online gambling offer on November 26.

Hilary Clinton Early Favorite To Win The 2016 US Elections