Debating The Bad Actor Clause For US Online Gambling

With the many changes taking place across the United States, the “bad actors” clause is becoming a key concern for both the players within the states and the operators that plan on launching there. The issue is quite controversial and as more states come out with their own legislation, it becomes even more important and questions are raised regarding the legality of such a blanket.

Players have expressed their displeasure regarding the possibility that large operators from across the ocean might not be able to join the US online gambling market. PokerStars is usually the top example given its vast popularity in Europe and other regions of the world but its sister Full Tilt is in the same boat despite looking to expand to include casino games. 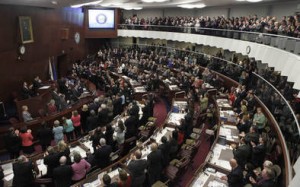 A bad actor regarding the online gambling legislation in the United States is a person or a company that has a bad record in its participation in the online gambling industry within the country. In other words, companies that accepted US players after the Unlawful Internet Gambling Enforcement Act (UIGEA) was passed into law are mostly seen as bad actors. The bill was passed on October 2006 but the clause normally uses the December 31, 2006 deadline as to allow a period of time for the operators to leave the market.

The bad actor clause can be found in a few regulations right now, with Nevada being the first one to include it and California also considering it. On the other hand, New Jersey and Delaware do not have this clause as part of their set of regulations.

However, not having a bad actor clause doesn’t mean that the companies with a bad history regarding online gambling will be accepted with ease. While the clause aims to ban the operators right from the start, the lack of it does not guarantee a license. The decision to approve a company in a certain state follows a carefully background check that includes all key employees. Those that had legal troubles will most likely be excluded and it doesn’t even take a conviction to do so.

Protecting players or keeping the good operators out

While the bad actors clause can be justified as being a way to protect the players, one can also argue the fact that US brick and mortar companies can use it to keep overseas competitors away. Since the online gambling industry in other parts of the world has been expanding for several years, the operators have a lot more experience that they can use to dominate the newly formed US market.

So far, PokerStars is the only operator that is considered a bad actor and has attempted to get back in a regulated US market. First by trying to buy a casino in Atlantic City, but the deal expired before the light turned green from the legislators. The company continues to fight off attacks and look for a way to enter the market. It is important to note that PokerStars parent company, Rational Group, reached an agreement with the Depart of Justice and it did not admit to any form of wrongdoing, nor was it convicted of a crime. This allows the company to apply for a license in the states that allow for it but the process of getting accepted is much more difficult than it is for other operators.

How Does Rakeback Influence Online Poker?