The corporate merry-go-round is as active as ever, with yet another multi-billion dollar takeover being announced. This time it’s Bally’s which is splashing the cash.

The Rhode Island based corporation have been very active in recent months snapping up an expensive portfolio of complementary businesses and rivals. Its acquisitions include software platform Bet.Works and fantasy sport outfit Monkey Knife Fight. In fact, it had already spent more than $250 million on a variety of acquisitions and had made unsuccessful attempts to sign up even more.

This time, Bally’s have gone for it in a big way and ventured across the Atlantic for their latest takeover prospect. The corporation have agreed a deal to acquire the United Kingdom based Gamesys for a cool $2.7 billion. Gamesys are a major player in the UK’s online casino and bingo market, with their top brand Jackpotjoy being one of the best known in the business. Whilst the deal is not yet completed, there seem few obstacles in its way. Both boards are in favour of the agreement and a large proportion of Gamesys’ shareholders have also expressed their approval.

The link up has clear advantages for both companies. Bally’s are attempting to transform themselves into a technology giant and to diversify their gaming interests into completely new markets. The company recently failed in an attempt to buy into the televised Live Poker Tour, and has already declared itself a big name in sports betting, even before it has taken its first actual stake.

Buying Gamesys enables Bally to tap into the London based company’s renowned casino gaming software platform. Bally’s board issued a press release announcing the move, stating that it expects the company to benefit from Gamesys’ “expertise and highly-respected and experienced management team across the online gaming field”. It also believes that “the combined group would be well positioned to capitalise on the full range of opportunities present both in the US and beyond.”

Meanwhile, Gamesys will be able to expand its currently limited US influence. Up until now, it has been more focused on its UK and European interests, with little activity in the American market apart from a couple of online casinos operating in New Jersey.

Gamesys CEO Lee Fenton is remaining with the newly merged business. He too is enthusiastic about the new combination, forecasting an “exciting journey for our employees, customers and shareholders alike.”

Gamesys have recently published their final full year figures for 2020, posting revenues of close to £730 million (just under $1 billion), an improvement on the previous year of an impressive 75%. Earnings before tax were also up 75% at just over £200 million (around $280 million).

The newly merged company will be headquartered on Rhode Island and be listed on the New York Stock Exchange. Gamesys will consequently lose its London Stock Exchange listing, where it has been a member of the FTSE 250. 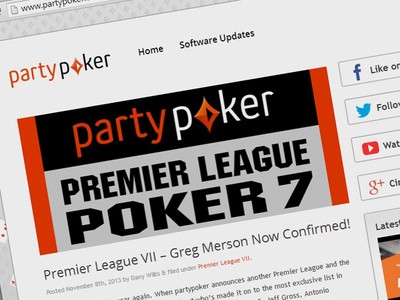