12 hand-picked poker pros will battle it for a $1.5m prize pool 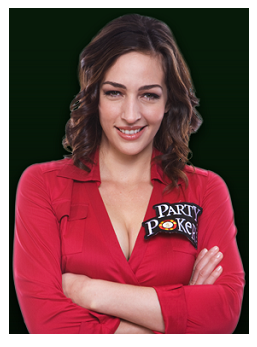 The final details have been presented for the upcoming Premier League VII, sponsored by Party Poker. The action will start on November 20 and will conclude on the 26th, with 12 pro poker players being invited to buy-in for $125,000 to get the chance to compete against some of the best in the world and win $400,000. The Playground Poker Club in Montreal will once again host the poker stars.

Speaking of poker stars, the lineup includes Antonio Esfandiari, Vanessa Selbst, Phil Laak and many other known players. While the 2012 WSOP champion Greg Merson was confirmed for the event, he will not be attending due to some last minute issues that forced him to withdraw from the elite event this year.

Different structure for the Premier League

The structure will also be a bit different after several players have been giving feedback in order to improve it. The 12 players will take part in 6 eight-handed heats and each participant will take a seat in four matches. The system is still based on points, which will be granted based on the position in which every player finishes a match. Once everyone has played the required games, the four players that earned the most points will automatically make it to the final table. The winners of the remaining two seats will be determined through a series of heads-up matches (best-of-three) between the other eight players.

The six-handed table will then play for the title and the $400,000 first place prize. Every player will get a share of the $1.5 million prize pool but all of the players want to prove that they are better than the rest and will most likely give it everything they have across the week-long poker league.

Last year, Dan Shak won the title and earned $450,000 after defeating Sam Trickett in a heads up battle. Amongst those that made the final table in the Premier League VI were Esfandiari, Daniel Cates and Jonathan Duhamel; all of which will take part in the action this season.

A few days after the PartyPoker Premier League VII concludes in the Canadian city, the World Poker Tour Montreal (sponsored by partypoker.net) will take place from November 29 to December 5.

This will be the second time that WPT has a stop in Montreal and considering the huge success the event had last year, it is safe to say that the poker pros will stick around for a few more days to get a shot at the big prize pool. Local favorite Jonathan Roy won the 2012 WPT Montreal for $777,903, after besting a field of 1,173 players.

Daniel Negreanu throwing his chips all over the table after suffering a bad beat on PartyPoker Premier League VI: