A detailed review of the online poker giant

To say that PokerStars is the largest online poker room in the world would be an understatement since the second name on the list doesn’t even come close to it. About 55% of all poker players enjoying the game over the internet can be found at the PokerStars tables and this kind of popularity doesn’t come easily. The Red Spade card room has been investing huge amounts of money in marketing and has dominated every new market it entered for the last several years. 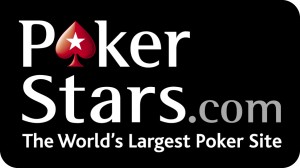 As of now, PokerStars averages about 20,200 cash game players over the last seven days with almost a 35,000 peak in the last 24 hours. To offer an idea of how much this actually means, the second poker site on the list, Full Tilt Poker, has a seven-day average of 2,600 cash game players.

As a new player, you are very likely to join PokerStars because it is the first online poker room that stands out. Experienced users are just as likely given the many benefits that come with joining the largest card room on the internet. The process is incredibly simple, you can just Visit PokerStars here, download the software and create an account. There are various country-specific PokerStars rooms that make sure that players get the best services possible in their native tongue.

It is quite difficult to list all the promotions that PokerStars is offering right now and to keep things simple, we will focus on the main attractions for casual players. Starting with the welcome bonus, new players can get up to $600 for free when making the first deposits, with the amount being released in increments when earning a certain number of VIP Player Points. Get the $600 welcome bonus at PokerStars here.

There is also the option to get a $20 match on the first deposit and get the amount instantly wired to your account by using the bonus code FREE20.

The PokerStars VIP Club offers players a great range of benefits based on how much they actually play. Every real money game on PokerStars results in loyalty points that add up to the VIP Club rewards that can be in cash, special merchandise from the VIP Store and tournament tickets. There are seven levels to move up through, each with its own set of rewards and Frequent Player Points rates. 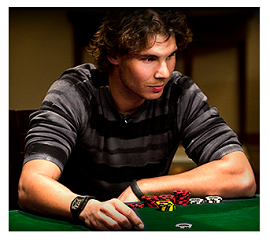 PokerStars is the ultimate online poker room built to meet every expectation the players might have. This means a piece of software that is unique to this card room and has various features to make the gaming experience as enjoyable as possible. The many customization options are what make the software so appealing to a wide range of customers since every user can tweak it to meet his exact demands. Pretty much everything from the color on the background to the avatars on the tables can be adjusted.

The lobby makes it easy to browse through the tables despite the great numbers of players that are always seated. As far as coverage goes, it is safe to say that PokerStars has any game, at any stake and at any hour of the day. Tables start from as little as $0.01/$0.02 but can move up in the nosebleed stakes very quickly. Pretty much all the popular poker variants are available here and the huge selection of tournaments is what made the card room popular in the first place.

The customer support at PokerStars is very good but a bit limited since players can only get help by email. There is also a FAQ section to help users help themselves and a response by email normally doesn’t take more than 4 hours to come.

The security is truly flawless and given the huge amounts of money at play, this was expected from PokerStars. In fact, the poker room has recently released a new security measure that sends a text message to the player on his phone if any irregularities are noticed. This also stops all financial transactions and the player must enter the code in order to unblock it.

To put it in just a few words, PokerStars is simply the best card room for online poker 2013. It has everything and plenty of it and every customer is treated like royalty while benefiting from a great reward program.