$8 million guaranteed up for grabs across 39 events

With the World Series Of Poker reaching the Main Event, most of attention will be directed towards the tables at the Rio Casino in Las Vegas. The three starting days have finished and the WSOP 2013 results show a record number of players taking part this season. However, a $10,000 buy-in is not for everybody and players that want to enjoy some smaller tournaments can easily do so over the internet on one of the top online poker rooms. 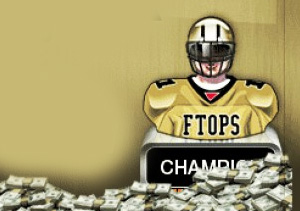 Full Tilt Poker is one of the best in the business and to make sure that it benefits from the WSOP buzz, the online card room recently released the schedule for the upcoming Full Tilt Poker Online Poker Series, mostly known as the FTOPS. The action will start on Sunday, August 4th, and there will be 39 events to choose from in this 23rd edition of the popular series. This is one more event than the last FTOPS but still one less than the 20th edition which set the record with 45 events.

The tournaments will run for two weeks, until August 18th, finishing with the $600+$35 Main Event, which will be a No-Limit Hold’em tournament with a Re-entry feature and a guaranteed prize pool of $1.5 million. Of course, it is expected that this amount will easily be covered by the many players taking part in the event. Last FTOPS took place in March and awarded almost $2.2 million for the Main Event as 3,653 entries made the first place prize worth $392,332.

The $8 million in guaranteed prize pools will cover various game variants including Omaha hi-lo, Stud, Razz, Pot Limit Omaha, 2-7 triple draw, Seven Card Stud and mixed events. Some tournaments will have certain structures with the players given the option to re-enter or have multi-entries from the start.

To meet the fast pace provided by Rush Poker, the FTOPS XIII will have five tournaments using the popular poker version. Players will be able to save time by playing more hands per hour thanks to the Quick Fold option that folds the current hand and instantly moves the player to a new table where he is given a new hand to play. This fast-fold game was initially presented by Full Tilt Poker but has since then been adopted by most of the top online poker rooms, using different names for it.

Satellites for the FTOPS XIII events started on July 5 so players can win their seat to their favorite tournament by only investing a small fraction of the needed buy-in and also get a warm up in the process. Stay up to date with the latest changes in the industry and get more poker news to always know where to find the action over the internet.

Players that enjoy smaller stakes should check out the Turbo Online Poker Series, which will take place at the end of the month and will feature 18 events with $150,000 in guaranteed prize money. The action kicks off on July 25, with the $1.10 No-Limit Hold’em Rebuy tournament that offers $5,000 guaranteed. The largest buy-in of the series is $109 and there are two events for this stake; one for No-Limit Hold’em and one for Pot-Limit Omaha.

Play online poker now and get a 200% welcome bonus of up to $5,000 to stop worrying about your bankroll and start enjoying the game. Carbon Poker also offers various other promotions and a daily cashback system of up to 35%.