All Eyes On New Jersey As We Approach The Launch Date

The regulations in the United States have made it quite difficult for players to enjoy online gambling. The Wire Act of 1961 bans all specific betting operations in the country and the 2006 UIGEA focuses on online gambling within the United States. These make it illegal to gamble online and also prevent American banking institutions to transfer funds to companies related to online gambling. The government flexed its muscle on Black Friday by closing down the biggest online poker rooms in the country. 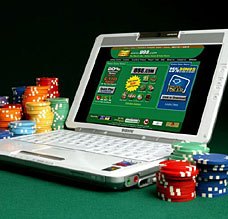 However, despite these restrictions, Americans still gambled online for an estimated $2.6 billion in 2012 at foreign sites. The problem being that this amount is not taxable by the United States and thus considered a loss.

Changes in regulations for iGaming

Some states are not staying idle to the changes taking place in the United States and after the reinterpretation of the Wire Act in 2011, several jurisdictions immediately started working on their regulations to legalize online gambling. Nevada was first to legalize online poker and then New Jersey followed quickly. It was only normal for these two states to be the first to look towards online gambling given their land-based casino industries.

While Nevada has won the race, New Jersey is the one getting all the attention right now. The fact that only residents of the state can access the online gaming sites means that New Jersey’s big population will give operators a significantly bigger player pool than in Nevada or Delaware.

There are billions of dollars in annual revenue at stake and the casinos in New Jersey are looking to take full advantage of this potential through partnerships with leading offshore operators. New Jersey certainly needs the economic boost after being hit hard by the recent crisis.

Atlantic City revenue began going down even before 2008 and the $3 billion revenue recorded in 2012 shows just how much the casinos suffered from the $5.2 billion in 2006. This made online gambling a very important source of revenue for the state and most of the casinos placed whatever eggs they had left in the iGaming basket.

According to Gov. Chris Christie, more than $180 million will be generated in revenue during the first year of online gambling in New Jersey, while other analysts believe it will only be $35 million. There are too many variables as of now to make a clear predictions and it remains to be seen how the online gambling industry grows in the US.

Last week, New Jersey presented a long list of companies that have been preliminary approved by the gaming regulators for the launch on November 26. This doesn’t just include some of the land-based casinos but also a variety of other operators that range from service providers to software developers and payment processing companies.

The hype is starting to feel in New Jersey and a success here can persuade other states to legalize online gambling. The most notably name on the potential list is California given its huge population and the fact that casino games are very common here.

9 out of the 12 casinos in Atlantic City have made partnerships with online gambling companies in order to make up for the lack of experience in the internet sector.

Norwegian Politicians Challenged To A $170K Heads Up Match