Which Casinos Will Launch In NJ Next Month?

Getting ready for the November 26 launch date

The changes taking place in some states have made headlines across the world and the start of a new online gambling industry in the United States can provide great opportunities for a lot of operators. Or so one would think given the huge number of potential customers in the US which want to enjoy online gaming options. 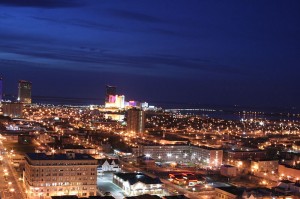 Yes, regulated online gambling is already a reality in Nevada, which has two real money online poker rooms available within the state. The problem is that the fluctuating population of less than three million people in a state which is saturated with land-based options does not make a major online market. The two sites showed 7-day average traffic of over 100 players, which is enough to secure spots 36 and 37 on the list provided by PokerScout.com for all real money poker sites.

However, the November 26 launch date in New Jersey will most likely be much more significant than the current traffic in Nevada. With almost 4 times as many residents in the Garden State, more online gaming options and more operators ready to launch by the end of November, the market holds the key to success right now. Despite the fact that all 12 casinos showed interest in online gambling when New Jersey legalized it, many believe that not all of them will be ready to launch on November 26.

Queuing up for the launch in New Jersey

The Borgata casino was the first to receive a license from the NK regulators and this makes it the best option to launch once the lights turn green on November 26. Given the fact that Borgata has a partnership with bwin.party, the software part should not be a problem despite the fact that it has yet to be tested in a US market. However, the experience that bwin.party brings to the table is more than enough to put most concerns to rest.

Caesars owns 4 of the 12 casinos in New Jersey and has already launched WSOP.com in Nevada with the help of 888. Both companies have stated that they are looking to expand their offer to New Jersey and with the product already available in a regulated US market, this shouldn’t be very difficult. The popularity of the WSOP brand combined with the huge land-based presence Caesars has in the state is expected to attract a lot of players. The WSOPE winner 2013 has just been determined and the November Nine will come back in Las Vegas in less than a week to determine the winner of the $8.3 million first place prize. This means even more media exposure for the WSOP brand.

A similar logic can be used for Caesars’ competition in Nevada, Ultimate Poker. The operator has a partnership with the Trump Taj Mahal in New Jersey and is expected to go live by the end of November. It has the most experience in the regulated market and can easily make the leap to the bigger state.

Things still in the works

Other operators can also make the launch date but things are far from certain with less than a month to go. Golden Nugget and Bally Technologies already have a play-money site available, with over one year of activity, but neither of the two sides has been talking about their launch in November. The lack of public statements can show a lack of confidence in the product as of now and this might delay the launch as it did in Nevada.

PokerStars continues to be a question mark despite its many efforts to get back in the US market through New Jersey. There are plenty of supporters in the state that want to see the online poker giant in the market but the needed approvals have yet to been granted by the NJ regulators.

Although not all operators will be ready to launch on November 26, those that do will not just have to compete against each other, but also against US-facing online casinos which are regulated in other jurisdictions. Cleos VIP casino offers a very interesting and rewarding way to play the games and cash in on the winnings.

3 thoughts on “Which Casinos Will Launch In NJ Next Month?”