Great poker destinations to check out every year

Poker is a game played around the world, with huge tournaments taking place in some of the best locations. Being a pro poker player and always traveling to various destinations just to sit at a table and play a card game for millions of dollars sounds like a dream for most people but many consider it as their job. Apart from the money prizes and poker trophies granted throughout the year, the different places in which the major tournaments take place make a poker career even more exciting.

But, with so many tournaments taking place each year in different corners of the world, which are the best places to play poker? 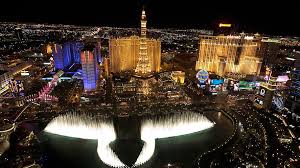 Every year, Las Vegas is the home of the World Series of Poker, with tens of tournaments taking place across two months. The schedule is the biggest of all annual poker series, culminating with the $10,000 Main Event that has the potential to turn regular players into poker royalty overnight; not to mention the tens of millions of dollars up for grabs.

Being home to the biggest tournament of the year is not the only reason why Las Vegas is one of the top destinations to play poker. The entire city is based around the concept of gambling in luxury and it is the home of the game, with many top players living here. The nightclubs, the casinos and all the various forms of entertainment away from the poker tables make Las Vegas a favorite stop on the circuit for a lot of players.

Every January, Melbourne is the top location for top poker players wanting to get away from the winter cold in Europe and enjoy one of the most beloved stops on the circuit under the sun Down Under. The Aussie Millions takes place at the Crown Casino and the Main Event is the biggest poker tournament in the Southern Hemisphere, with millions of dollars up for grabs ever year.

But again, it is not just the poker action that makes this location so good; it is the combination of the surrounding elements and the getaway opportunity for a lot of players to not just play the game, but also have a great time. The luxurious hotels and casinos make sure that everyone is happy and there are plenty of activities to do after the tournaments are over. 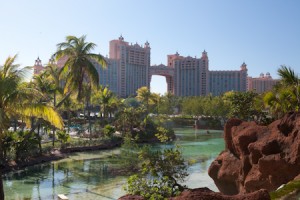 Before the Aussie Millions takes place in Australia, another very popular stop on the circuit takes place in a warm climate. The PokerStars Caribbean Adventure has been held at the Atlantis Casino on Atlantis Paradise Island in The Bahamas since 2005 and it is easy to see why it is one of the best places to play poker.

At the tables, there is plenty of action to take part in as the Main Event has been making millionaires since 2006. The PCA is also popular amongst amateur poker players due to the fact that PokerStars runs a lot of satellites online to send players to the exotic location.

Away from the tables and out of the casino, it is easy to see why it is named Paradise Island. It is one of the few poker locations where you wouldn’t feel bad about busting out in the first day of a major tournament because you can just check you the beaches and take your mind off the game.