The MCOP crowns another champion

The Masters Classic Of Poker is an annual event held in the Netherlands since 1993. Every year, hundreds of players come out to the Holland Casino to take part in one of the best stops on the tournament circuit and 2013 was no exception. The only thing different was that the schedule for the Main Event was pushed back one week this year so that fans and poker players could support Netherlands’ Michiel Brummelhuis in the WSOP Main Event final table on November 5. 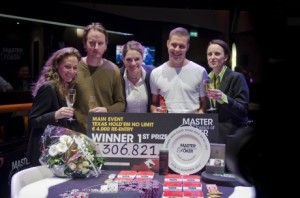 The €4,000 Main Event finished this weekend after 246 players took their seats at the tables, 52 of which chose to fire another bullet with the help of the re-entry feature. The large field made the first place prize be worth €306,821 and Dutch poker pro Noah Boeken was the one to claim it, and add his name to the list of champions.

Along Boeken, Andrew Chen and Rob Hollink highlighted the final table on Saturday. However, the start of the day chip leader was Luuk Gieles. Hollink is one of the top poker players in Holland, having a WSOP bracelet to his name and plenty of major wins. After making it to the final table of the 2013 MCOP, he was eliminated in eighth place early in the last day when his pocket Queens were broken by Gieles, who made a pair of Aces on the flop.

Chen managed to hold on for more time, but he found a bad spot to go in for his remaining short stack when his A-8 off faced A-9 off. With no 8 on the board, the pro player was eliminated in fifth place and Simon Persson cashed in the big pot.

Gieles was next to go and it happened again at the hands of Persson, who then went on to eliminated Clyde Terlaan and go heads up against Boeken for the title.

Persson almost had a 5.5 million when the heads up match started, giving him a nice lead over Boeken who was holding just 3.4 million. Things quickly got worse for Boeken as Persson extended his lead early in the match but he managed to fight back and eventually take the lead. 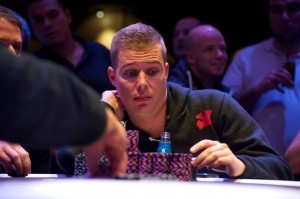 On a very important hand, the flop came Kd-9s-8c and both of the players checked to see an 8s come on the turn. Persson checked and Boeken fired a shot worth 110,000 chips. After calling, the river came Js and Persson checked again. Boeken made a 375,000 bet which got raised to 900,000 and then he called. Boeken showed As-3s for the nut-flush while Persson only had two pair with Tc-9h. After winning this hand, Boeken had a total of 6.5 million chips and was in control of the game.

It didn’t take long for the tournament to be over after this point as Boeken continued to be aggressive and increase his stack. The last hand saw Persson raising to 200,000 from the button and Boeken moving all in for his remaining 1.5 million. Persson was looking good to double up as he had pocket Jacks against Boeken’s pocket Sevens. The flop didn’t change anything and Boeken still had two outs to win the title. Fortunately for him, one of them came on the turn in the form of a 7h, giving him trips and putting him in a much better position. The 2d on the river didn’t change anything and the tournament was over.

The big win places Boeken eighth on the Dutch all-time money list, with over $1.7 million in career earnings.

Hilary Clinton Early Favorite To Win The 2016 US Elections