Recapping the crazy world of gambling in October

The gambling industry can produce some great headlines sometimes as players win millions of dollars from playing slots or get lucky at the tables, but things are not always on the bright side. There are also various stories about individuals stealing money to fund their gambling habit or simply crazy situations involving casinos in various corners of the world. In short, the world of gambling is never boring and the high level of excitement is not just found at the casino games but also away from them. October proved to be no exception as some interesting headlines made the news across the internet.

Aside from Sheldon Adelson wanting to nuke Iran and legendary gambler Archie Karas getting arrested for cheating, here are some other crazy gambling headlines you might have missed: 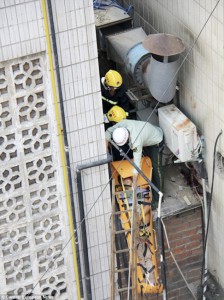 In something resembling an old action movie, a gambler from the Henan province was thrown out of the casino from the eleventh floor because he couldn’t pay back his £6,000 gambling debt. Guo Xu was known as a good player in his home village but his luck didn’t last long in the big city and he found himself flying from the balcony for eight floors before catching an air vent to stop his fall on the third floor.

The gambler still had some luck left as he managed to survive the fall despite falling for eight floors and suffering some major injuries. He became stuck between the chimney and the vent and the emergency services had to struggle for hours in order to get him out.

Such methods of dealing with gamblers and unpaid debts were once very common in Las Vegas, but this was in the gambling era when the mob ran things in Sin City. Now, a police investigation is taking place to find the culprits.

Stephen Gemme was a pastor of the Saint Bernadette Parish in Massachusetts and resigned last month after being accused of stealing a huge amount of money to fund his second life as a gambler. The $230,000 were meant for parish and for school funds but ended up at the casinos the pastor was frequenting.

It remains to be seen what the punishment will be for Gemme but according to past situations, religious figures generally get off a lot easier than the general public. A recent case saw a nun from New York get 90 days in jail after stealing $130,000 for gambling purposes. 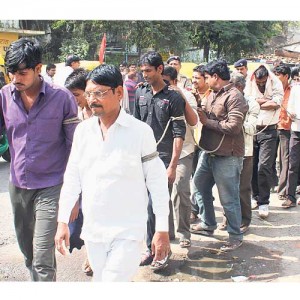 16 Gamblers Tied With Rope And Walked In Public

The different gambling rules in certain countries can impose various sanctions for those that break them and sometimes, the best way to deal with gamblers is to tie them up and walk them around town. This is what happened in Indore, India last month as the police busted a gambling house which hosted card games.

The players were booked under the Gambling Act and although none of them were hardcore criminals, they were all tied with a rope and taken across town to court.