Boyd Gaming is one of the biggest casino operators in the United States and a very large force in New Jersey. The company has just revealed the figures for the third quarter of 2013 and it doesn’t look good. Overall, the operator registered a loss of $37.3 million, significantly more than the loss registered in the same period last year. The main reason for the loss is the acquisition of Peninsula Gaming in November 2012, which generated costs that put Boyd in the red despite the 20.6% revenue increase.

The potential of online gambling in New Jersey is where Boyd can cover some of those losses. Despite the fact that Boyd CEO Keith Smith didn’t want to give away any information regarding the strategy the operator will use in the new online gaming market, the large presence Boyd has in Atlantic City will give it a great advantage when the sites launch on November 26.

Boyd Gaming co-owns Borgata Casino with MGM Resorts and it is the leading casino in the market, with more than half of the poker business in Atlantic City. Smith mentioned that there is a big budget waiting for the online gaming market to open and that Boyd is ready for an aggressive campaign to attract players. He also confirmed the fact that licensed operators in New Jersey are allowed to have up to five sites available with just one license. 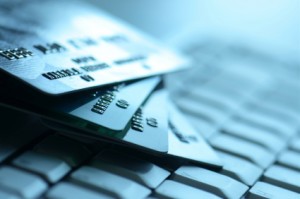 While Borgata is expected to be amongst the first to launch towards the end of November, the partnership with bwin.party digital entertainment will also result in another site that might go live at the same time. Other options might also become available by the end of the year as Boyd plans to take a demanding lead in the Garden State.

Of course, things will not be easy for Boyd since the largest owner of casinos in the United States, Caesars Entertainment, also plans on launching in New Jersey to cover a part of its industry-leading debt.

According to Josh Hirsberg – Boyd CFO – the company believes that online gambling in New Jersey will not affect the land-based business significantly. Borgata will most likely maintain its leading position in Atlantic City despite several online poker rooms becoming available. He also went on to mention that even if online gaming destroys the land-based gambling industry in the state, the gains will be more than enough to cover the impact on the brick and mortar casinos.

Boyd is also looking towards Nevada with a mobile sports betting app already in the works. This will be only available within state borders and will be called B Connected Sports. A social casino dubbed Stardust Casino is not far away from being launched across the country, as a result of the partnership with bwin.party.