The biggest US casino operator continues to struggle 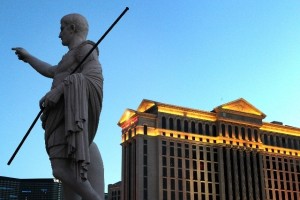 Caesars Entertainment has been struggling with debt for several years now and the decision to move some of the assets into another company has not seemed to help the situation. The largest casino operator in the United States has the biggest debt in the gaming industry, with $23.5 billion on the books, most of it from when the company became private with a $30.1 billion buyout in 2008.

With the recession coming shortly after that, the entire gambling industry took a big hit in the US and with Caesars having more than 50 casinos throughout the country, the results were devastating. Las Vegas and Atlantic City represent the biggest concerns for Caesars since it owns 10 and 3 resorts respectively in the two major destinations.

Last year, the company had revenue of just under $8.6 billion but turned out to have a net loss of $1.5 billion. The huge debt seems to be too big for the operator to handle, even with the new online gambling regulations in Nevada and New Jersey. However, the Deputy General Counsel stated that it is still manageable despite the fact that other people might disagree with this statement.

The decision to move some of the brick and mortar venues, the interactive division and the new Baltimore casino in a new company helped raise $1.8 billion and helped control the debt. The problem remains that even with the new business focusing more on internet gaming in the United States, it will most likely not do enough to help with the $23.5 billion debt in the balance sheet.

Caesars was one of the first companies to show interest in online gaming when discussions started in Nevada. Recently, TV ads of the two real money online poker rooms in the state of Nevada – Ultimate Poker and WSOP.com – brought the reality of legalized online gambling to the players; especially if we consider that the ads were back-to-back.

Station Casinos had a head start with Ultimate Poker but Caesars came with the better product while also taking advantage of the World Series of Poker brand. The two are trying to get as much traffic as possible before other sites go live in the state. Three major competitors recently asked for 6-month extensions so it does seem that the online gaming industry in Nevada will just be made out of these two poker sites for now.

Of course, this is if we don’t consider the offshore operators that can offer a variety of casino games across the country. Sunset Slots Casino is one of the leading sites for American players and the huge range of games is complemented by a $500 welcome bonus.

The third quarter report shows that Caesars Interactive leads the way in the social gaming world, making $70 million in revenue from its Facebook offer and mobile gaming apps.

The second one on the list is International Game Technology, after taking the spot from Zynga with the help of a 5% increase in the popular DoubleDown Casino. Zynga games also took a hit in the third quarter as its main casino-related product, Texas Hold’Em Poker, dropped by 16%.

Despite the fact that Slotomania and Slotomania Adventures saw declines in this period, Caesars got a surge of traffic that almost negated those effects. Having a wide selection of games gives Caesars the lead in the mobile segment as well and Big Fish Games is second with its free-to-play casino, followed by IGT.

Mobile is very important for the gaming industry given the increase in players owning a smartphone or tablet and the new gaming offers. Drake Casino on mobile has some great looking casino games that can be played for real money from the United States. Slots, table games and specialty titles can all be accessed from your mobile device of choice, be it iOS or Android. Try Drake Casino here!

Online Gambling Is Bigger Than Football In Italy