Operators which were looking to join the online gambling market in New Jersey had until July 29 to announce their partnerships and apply for licenses. According to the Division of Gaming Enforcement, 37 companies submitted their applications while the light is expected to turn green on November 23. Earlier this month, all 12 casinos in Atlantic City stated that they will be taking part in the starting online gaming industry.

Those that are not familiar with the regulations now available in New Jersey can note the fact that only operators that own a casino in Atlantic City and their partners can receive a license. This limits the competition in the market significantly since there are only 12 casinos and foreign operators can have a much more difficult time entering the market. The perfect example would be online poker giant PokerStars, which tried to purchase an Atlantic City casino but didn’t get the needed approval in time, so the deal expired.

Another thing to point out about New Jersey is that unlike Nevada, the regulations allow for various casino games to be offered online and not just poker. This means that players within The Garden State will have a lot more options. Of course, American players can also opt for the many online casinos that still cater to the US market – Try Lucky Red Casino Here!

The DGE did not publish the entire list of the 37 companies by name and will instead reveal their identities when the applications are denied or approved. The list does cover various companies that include software providers, payment processing outfits, support firms and large operators from other markets.

Some of the partnerships have been made public throughout the month and some software providers celebrated the fact that they managed to apply in time. Alnsworth Game Technology announced that it managed to submit its application under the wire. Its partnership with GameAccount Network will allow the company to offer 10 slots titles or more if everything goes smoothly. 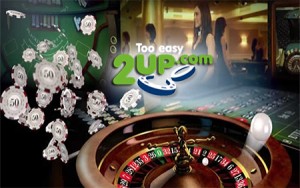 2UP Gaming aiming for total control

Amongst the companies on the list that got their applications in on time, there is 2UP Gaming PLC. It attracted a lot of attention last week for its decision to either build or buy an Atlantic City casino after getting a cash injection worth $330 million from an undisclosed Asian backer.

The Managing Director stated that 2UP is looking to obtain “total control” in New Jersey and does not wish to partner up with another casino management that can have different goals. 2UP purchased DBG Poker Group earlier this year for €25 million, which would give the company a big advantage in New Jersey given its new offer that includes live dealer games. No other operator is trying to offer live dealer games in New Jersey so far.

2UP will also look to enter other markets within the United States, with Nevada and Delaware looking to be the next couple of stops on its road to becoming one of the biggest operators in the newly regulated online gambling market.

Now, the DGE will go over every application and decide if the company should be granted access to the online market or not. While there are more than three months to go until the first sites are expected to go live, this is the home stretch and time will fly as the operators get ready to launch. If we also consider the busy month of August and all the poker tournaments that will take place around the world, November is just around the corner. Poker enthusiasts eagerly await the ninth month of the year for another reason as well, since the WSOP Main Event final table will be played out on the 4th and the 5th.

Battle Of The Greats