Last month, Disney announced that it will phase out Marvel-branded slot games throughout the United States, in order to keep with the family-friendly image the company has developed over the years. This means that the company will not renew any of licenses with gambling developers, including online software providers. 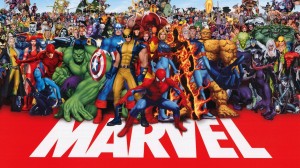 At first, the main focus was on the land-based casinos as WMS and IGT have been busy coming up with new slot games using the image of the many superheroes under the Marvel brand. However, the impact will also be seen on the internet as Playtech and Cryptologic had licenses to create and offer Marvel slots to various online casinos, with great success.

The series started gaining traction in 2005, when Cryptologic introduced new slot games called The Hulk, X-Men and Daredevil, with various elements to make fans of the comic books very happy while gambling on every spin. Playtech then joined the Marvel train in 2009 and Marvel-themed slots became some of the most popular titles on the top online casinos. The use of big brands from Marvel is one of the best marketing products available in the online casino industry and the sudden change will affect the casinos; the question is how much?

It is true that branded games can attract a lot of customers to an online casino and they certainly provide a fun way of playing the game while also having enjoying your favorite comic book heroes, but they don’t really keep the players interested for long if we don’t consider the new titles coming up. While it may be a plus for the casino in the short run as far as traffic goes, the profits are not that high since branded games generally have lower margins as the brands will take away a significant part of the profits. The combination can make it difficult for operators to get back the amount of money from the games they had to spend on license fees to have them in the first place, and this is not very good business. 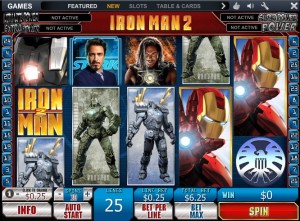 Without Marvel slots, the online casino industry will take a hit as gamblers enjoying them will want them back, but it won’t last long. New slots are introduced very often and while most of them don’t have the same marketing potential that the popular brands bring to the table, they are very entertaining.

Google searches indicate that players aren’t really looking for Marvel slots in particular that much and they just enjoy them because they see the advertisement of something which they are familiar with combined with a casino game they like. So, if we remove Marvel from the equation, the titles which attract players will simply be replaced by other games with great graphics and gameplay that will please every user.

Yes, the loss of many great Marvel-branded titles which are now available will upset some players, but the fact that there are plenty of other alternatives should make this seemingly big decision made by Disney to have little impact on the major online casinos and on the land-based casinos as well. The biggest hit will be the resources put in by the operators to develop new games which they will not be able to use for long.