A detailed review of the US-friendly poker site

Carbon Poker was launched in 2007 and it is the flagship skin on the Merge Gaming Network. It is a great place to play for many reasons, including good game selection, fishy ring games and soft tournaments combined with a decent amount of traffic, especially during peak hours.

One of the key elements that make Carbon Poker such a great choice is the fact that it is US friendly and American players can easily join and play for real money. It has seen a large traffic increase over the past few years, since industry leaders PokerStars and Full Tilt Poker were banned from the US, and Carbon Poker has kept up with the new players by offering bigger bonuses and better promotions. 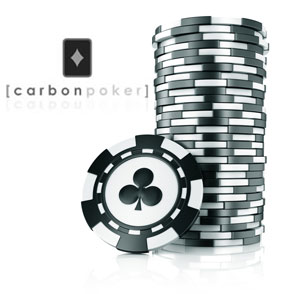 Joining Carbon Poker is made as easy as possible and should only take a couple of minutes. The first steps are visiting Carbon Poker and then downloading the software. The site does not have an Instant Play version so the app must be installed in order to have access to the tables. Once this is done, a registration form will appear so that players can create an account, for free.

Once the account is ready, you will be able to claim up to $5,000 for free as part of the Welcome Package. While most poker rooms will only match the initial deposit, Carbon Poker offers twice as much with the 200% bonus. The minimum deposit amount is $20 and the bonus will be released in increments of $5 for every 750 VIP Points earned at the tables.

To make the tables more competitive, Carbon Poker runs monthly races which give away over $100,000. The Race Points are tracked automatically and the top 250 players get a share of the prize pool.

The Carbon Poker VIP Program nicely rewards all players regardless of the level they play at. There are six levels and each of them comes with its own set of rewards. Reaching the highest one, Carbon, requires 20,000 Points per month and players will be able to exchange them for real money at a 35% rate. This means that Carbon Poker offers rakeback of up to 35% to players as they move up through the VIP Program.

The software used by Carbon Poker is very quick and looks nice while offering some features that are not found on many other sites. One of these unique features is called “Rabbit Hunt” and it allows players to know what card would have come next so that they know for sure if they made the right decision or not. 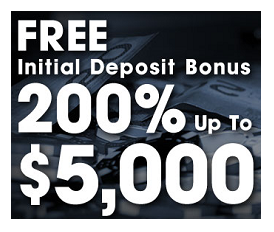 Players can also opt to download the Carbon Poker Odds Calculator to help them improve their game. Apart from offering win odds on every hand, this app also records and shows the patterns of your opponents so that you can make a better decision based on their style of play. The HUD can help experienced players get an edge at the tables.

The player competition is quite soft since many novice players tend to stay away from the big poker rooms and join something with a bit less traffic in order to avoid sharks. This is where Carbon Poker fits in perfectly and there are plenty of inexperienced players and juicy cash games to take advantage of.

There is a wide variety of games to choose from with Texas Hold’em being the most popular, followed by Omaha, 7-Card Stud, Razz, 5-Card Stud, Ace to Five Lowball and Badugi. There are tables running at any time and there is also the option to create your own tournaments and just play with friends.

Customer Support is available via email and a response is guaranteed to come in under 48 hours. There is also a live chat feature available 24/7 for players that need a quicker response.

The security used by Carbon Poker is SSL with 128 bit encryption which constantly monitors for suspicious activity. The entire Merge Network is focused on making sure that every customer can play in perfect security conditions.

Carbon Poker has a very good position on the US market which allows it to shower its customers with bonuses and promotions. The loose tables are its main attraction and players can really enjoy the game instead of worrying about sharks.