Mobile on Lotus Asia, no hogging on iPoker and more

When it comes to online gaming sites, the software can go through regular updates in order to improve the experience for the user, add more games, include new features and many other tweaks. As a new player, it is important to stay up to date with the major changes in order to be amongst the first to take advantage of them. There is also the concern for existing customers which need to know about the changes at the sites they are playing at.

Lotus Asia is a popular online casino with a very refreshing theme and tons of games to enjoy. The site has been available for a while now and it has been constantly improving overtime to now have over 120 HD games and a lot of hot promotions. The Lotus Asia Casino bonus can be worth up to $1,000 and new players can claim it simply by funding their accounts. The welcome package is available across the first four deposits, with different percentages offered by the online casino for each of them.

The software used at Lotus Asia is powered by BetOnSoft and there is a downloadable version for Windows and Mac as well as an Instant Player version for players to access the games right from the browser. In an effort to make it even more convenient for its customers, Lotus Asia Casino has recently launched mobile apps for Apple and Android smartphones and tablets. Try Lotus Asia Casino for free Here!

iPoker is the largest online poker network and includes various skins, all using similar software powered by Playtech. The network has recently announced that the software will go through an update in order to add a “Heads Up Hogging Prevention” feature. This will restrict players from taking seats at multiple tables and not actually joining in on the action. The goal of the new feature is to keep the action flowing at the tables and prevent hogging from various users. 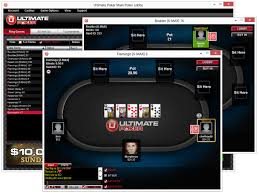 Ultimate Poker is the first and only Nevada-licensed online poker room. It was launched a couple of months ago and the response has been pretty well given the new online gaming industry in Nevada. While it has some of the regular bonuses, promotions and rewards found with other online poker rooms, Ultimate Poker has just announced that the VIP program will use a “winner takes all” system for calculating rake points.

Most poker sites use a formula based on how much every player at the table contributed to the pot. An equal percentage of the rake taken from that pot will result in rake points for every player. While this seems to be fair, Ultimate Poker’s decision to opt for a different formula is very interesting. The Director of Operations stated that it is in order to reward the weak players which go all the way very frequently and thus keep them in the game. The update will be made when the 2.0 version of the software will be launched.

Hero Poker was shut down in December and the CEO has recently stated that he is looking to relaunch the site. However, US players will no longer have access to the new poker room, according to David Jung. Further updates will come from Jung as things get closer to lunch-time but it is very likely that it will take several months until anything is set.

The main reason why the card room was shut down last year was because its network partner Merge Gaming was no longer going in the same direction.