The Gambling Industry – By The Numbers

Gambling has been described in many ways over the years and as the image continues to improve, more and more players find the joy of some of these options. Most people no longer see gambling as a bad habit that can result in a big loss of money and it is now just a way to spend some free time, have fun and also make some money with a bit of luck. While the future is never clear, looking at the past can offer some hints and the numbers don’t lie.

Gambling in the United States up by 5% 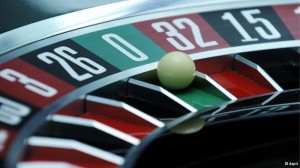 The United States is a very big gambling market and the recent reports released from the operators show a 5% increase in revenue last year, compared to 2011. This means $37.4 billion in revenue that can be associated with the fact that the economy is steadily improving. People can afford to use some of their money to fund their hobbies and gambling holds a pretty high spot on the list. The increase in tribal casinos across the country has also helped with this rise in revenue since it made it easier for players to access their favorite games.

According the report released by the American Gaming Association, the industry recorded the second-largest gross gaming revenues in history and things are expected to get even better this year.

With states like Nevada, New Jersey and Delaware legalizing some forms of online gambling, the future of gambling in the United States does seem to be aimed towards one direction – the internet. A federal online poker bill is currently in the works but many remain sceptical that it will pass, despite the continuous pressure from some of the states.

Nevada has already launched the first US-based online poker room and a second one, which will benefit from the WSOP brand, is expected to be just around the corner. However, this is just available for players within state borders and does not solve the problem of online gambling in the US like a federal bill would.

Since we are talking about the future of gambling, we have to mention the most likely candidate to take over in the next few years, mobile gambling. Most of the big operators in Europe already earn almost half of their revenue from mobile apps and this is only expected to get even better in the years to come.

Gaming Club recently released some reports showing just how the market is expected to evolve by 2017, reaching $100 billion. The net profit for the operators is expected to reach $45 billion if the market continues to grow at this very fast pace. The study also showed that mobile gambling represents the fastest growing sector of the entire gambling market and that the main factor contributing to this is the massive increase in smartphone and tablet usage.

In Great Britain, 62% of the population owns at least one smartphone, which is a huge increase from the 13.2% in October 2011. This also goes hand-in-hand with the growth of online gambling that saw a big boom over the last couple of years.

Accessing a mobile casino is made very easy thanks to the huge range of apps offered by the many operators in the market. Gamblers can just enjoy their games on the move and get a few short sessions going wherever they are and at any moment during the day. The graphics and designs have also improved along with the handheld devices, making the games look better than ever, and it is easy to see why the industry is expected to reach the $100 billion mark by 2017.

Online Gambling – A £2 Billion Industry In The UK

1 thought on “The Gambling Industry – By The Numbers”