The growth of online gambling and the increasing number of players that get their games over the internet is starting to show some effects on the brick and mortar casinos. Even if the regulations in the United States don’t allow online gambling apart from a few states, the economic state of the country seems for force casinos into a corner. The solution is closing live poker rooms and using the space for more profitable games. 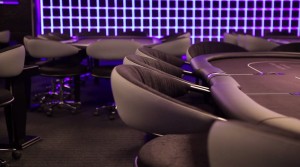 Just a few weeks ago, two major casinos in different corners of the United States made the decision to shut down their poker room. One of them was the M Resort in Nevada, south of Las Vegas, which had a poker room with 14 tables. The first weekend of August saw those tables being removed and replaced with the more popular (and more profitable) slot machines for tournaments. The other casino that had a similar strategy was Revel casino, which just got out of bankruptcy three months ago. Revel demolished its live poker room at the start of the month without making an announcement beforehand and also without having an immediate replacement. The plan would be to focus on some promotions that would attract more slot players and also more table game enthusiasts.

Live poker is too expensive

The fact of the matter is that live poker rooms don’t offer a big source of revenue for the casino and they take up a lot of space; space that can be used for more profitable games such as slots. We should also point out that these poker rooms were not major.

Although the decisions show that the economy is not doing so well, the big poker rooms in both Las Vegas and Atlantic City will continue to stay out of any danger. There are simply too many poker rooms given the number of player that frequent them in the two major gambling cities in the United States.

M, the first casino mentioned above, was a bit too far from the gambling action in Las Vegas and while its poker room was quite impressive, it didn’t attract the number of customers needed to keep it up and running. The local business raised the competition level and a decision had to be made. Competition is also a problem for Revel which just emerged from bankruptcy in a market dominated by Borgata and the newcomers in the surrounding markets; such as Delaware, Pennsylvania and Maryland.

Casinos tend to make money from poker rooms by attracting in the players and then giving them the option to easily dump their winnings on other games on the floor. Given a big enough number of frequent players, a poker room can also be profitable simply with the rake taken at the table. However, the bulky tables and the wages for the dealers can cost more than they offer to the casino and given the state of the economy, other casinos can follow in the same footsteps.

The decision to attract slots players by holding tournaments can work out very well for M, an operator that will not completely be out of the poker world and will most likely continue to draw in poker players with its tournaments.

Online poker is already a reality in Nevada as the first site has been up and running for quite a while and New Jersey is not far from launching its first offers either. So the potential of online poker for the casinos in these states can also be considered a factor as to lower the costs of operating and instead focus more on the virtual world.

It can however work in their favor, especially for the luxurious Revel casino. Hosting live tournaments with online satellites can be a good way to get in more customers and offer luxury packages as prizes. It is possible for online poker to increase the live action at some casinos that advertise it properly, despite the common belief that online is the death of brick and mortar.