Mobile gambling is continuing to grow as more players prefer having their games on smartphones and tablets rather than opting for the desktop versions. While there are advantages on both sides, the fact that players can always take their mobile phone out and start playing a few games for real money is becoming very appealing around the world and for good reason as well. Most casino games make perfect mobile gaming options since there is no time limit to worry about in case the player gets distracted and there are just a few controls to worry about, so the action fits in nicely on the small screen. 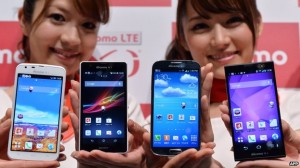 Slots remain the most popular choice, and not just because of the above mentioned reasons, but also due to the fact that players can win huge prizes with a very small bet. Given the many odds a regular slot game provides, the jackpot can exceed one million dollars – a figure which may be common with regular online progressive slots but unheard of for mobile gambling; until now.

One lucky player has recently claimed a jackpot worth £1.45 million while playing Melon Madness on his iPhone. The size of the jackpot is enough to make it a headline but the fact that it was hit from a mobile device makes it even more impressive. It is the largest jackpot ever awarded by a mobile casino game and perfectly highlights the growth of the mobile gambling industry.

Melon Madness has five reels and 30 paylines that let players enjoy the colorful symbols. There are five jackpots depending on the level and all of them are progressive. This means that the size of the prize gets bigger and bigger with every real money bet made by the players, according to the level. The house also adds a small jackpot with every spin and the overall size of the prizes is determined by the number of players.

Since the online casino has a mobile platform that includes the popular game, it was just a matter of time until one lucky mobile player would hit a seven-figure jackpot by simply sliding his finger on the touchscreen.

The reason behind the huge mobile gambling growth can be associated with the fact that smartphone sales have increased drastically and have exceeded feature phone sales for the first time. The data was provided by the research firm Gartner and showed the results from the April-to-June period.

The highest growth rates were seen in Asia, Eastern Europe and Latin American according to the research. Analysts say that the difference in price for the entry-level smartphones is what contributed to the boost in sales in the above mentioned countries. Smartphones are becoming more affordable as various manufacturers are putting out lower performing devices at smaller prices while also focusing on the high-end market. Samsung holds a 31.7% market share while Apple is second with 14.2%. The most popular operating system is by far Google’s Android, holding a 79% market share, while Apple’s iOS is second with 14.2%. In this quarter, Microsoft took the third spot away from Blackberry for the first time.

The addition of carriers offering various data plans that allow for free email and other mobile applications has also helped attract more customers and the prices for mobile internet is getting lower every quarter.

Over the next few years, the trend is expected to continue and smartphones will dominate the market more and more given the drop in prices and the extra features. Feature phones on the other hand will eventually become a hard sell according to the study.