US regulators proceed with the lawsuit for Bitcoin Ponzi scheme 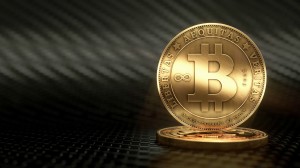 Bitcoin is a digital currency that is out of reach for most government regulations since it is not owned by a company or regulated by a central bank. Instead, it is developed on the internet and a computer is in charge of releasing more Bitcoins to the world while taking into consideration the many fluctuations. In short, Bitcoin can be traded much like any other currency and its increase in popularity over the years has made it an alternative to be considered by many companies, especially gambling operators.

However, the increase in popularity doesn’t just come with benefits as it was just a matter of time until a Ponzi scheme regarding Bitcoins would appear. Earlier this week, a US federal judge ruled that Bitcoin is a form of money or currency, thus allowing the US regulators to pursue a lawsuit against Trendon Shavers, the head of Bitcoin Savings & Trust.

Shavers encouraged people to make real money investments in BTCST while making them believe that they will get 1% interest per day. Investors saw huge losses with the total being over 263,000 BTC or around $25 million, if we consider the current exchange rates. Shavers argues that these investments are not securities since Bitcoin is not a form of money and it is also not regulated by the US authorities. The Securities and Exchange Commission (SEC) states that the BTCST investments are securities according to the federal laws and the recent verdict given by the judge gives it the green light to continue with the lawsuit.

The ruling made by the Texas judge is already considered as a sign that the state courts and regulators are paying attention to Bitcoin and the transactions that take place over the internet. As the virtual currency becomes bigger and bigger and more people use it frequently, the regulators find themselves obliged to find its place in the legal regimes and take the according positions.

There is also a counterargument to Bitcoin being a currency since the FinCEN stated that all virtual currencies are not real currency. The judicial authority in the state of Texas can be just one of many cases that are sure to follow as in which Bitcoin is switched from one side of the line to the other. The one thing that is sure is that the definition of Bitcoin and other virtual currencies is being considered at a state level.

One of the main things that make Bitcoin so important for online gambling is its potential to be used in restricted markets, such as the United States. Since it is not regulated by a central bank, Bitcoin can theoretically be used without any payment processing restrictions and players can easily fund their accounts and withdraw their winnings. US online casinos can consider the virtual currency as more players become familiar with it.

Some sites have already been launched while other operators purchased online casinos using Bitcoins, so it is safe to say that the trend is catching on. However, the recent attention it is getting from the US Federal Government can result in some specific restrictions that can limit the potential Bitcoin has for online gamblers.

The ruling by Judge Mazzan in which he treats Bitcoins as an investment contract is just the beginning. If it is a lower court decision, it can be appealed by a higher court. This can be start of Bitcoin becoming a fully recognized alternative currency or simply fall from the history books as a fad that came and left without leaving any mark on the virtual currency world.