A new online currency makes its way to casino games

It seems that a new trend is becoming popular with online players and it is quite interesting to see the results so far. Bitcoin is a currency that was launched in 2009 and it has grown over the years to now become an important contender when talking about currencies, especially for gambling purposes. This new virtual monetary system can be used much like any other currency but it comes with some advantages that make it ideal for online gaming and has made a lot of people curious according to the latest casino news. 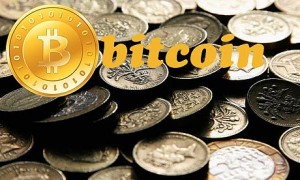 Due to the increase in popularity, it is now possible to buy gold and silver using Bitcoin as a currency; there are sites that also sell hosting services. The main idea behind using this new monetary system instead of any other traditional currency is that Bitcoin transactions don’t go through the central banking system. This means that there is no central point that can have information about everything a player does with this currency. By eliminating the middleman, gamblers are free to wager on whatever they want without having to worry about various restrictions that come with every traditional currency.

Another advantage is that the supply doesn’t come from a bank somewhere that can have its own list of objectives; instead, the Bitcoin market is regulated by special software depending on the number of people using it and the companies that accept it. The electronic currency is totally independent and every transaction is kept within the system anonymously and without including the authorities.

Being new and growing also means that Bitcoin doesn’t have any fees so players can easily sell and buy the currency online. Large companies such as Mt Gox and Intersango make the large exchanges on the internet and the market seems incredibly stable due to the software and takes every fluctuation into consideration and adjusts accordingly. Right now, 1 Bitcoin is valued at around 11 USD but this can change much like any other currency.

New Bitcoins are digitally mined by users from around the world; the amount is adjusted by the network which means that the growth is predictable.

The concept was launched by Satoshi Nakamoto and in just three years, it has become a force to be reckoned with. Its popularity will most likely continue to grow as more users begin to use and also, more sites include it in their depositing system. Online casinos are a very large financial market and if a big part of them will embrace the currency and allow players to fund their account with Bitcoin, it will make it the most important virtual monetary system.

Bitcoin is the most frequently used alternative currency and the market is estimated at more than $100 million. The company behind this monetary system has announced that there will be a maximum of 21 million coins by the end of its growth which is expected to be in 2140. Although it is a virtual currency, Bitcoin can also be found in physical form; round coins with the B logo on them. The abbreviation for the popular virtual currency is BTC.

Since Bitcoin is not very popular amongst the top online casinos yet, players can easily join by using one of the many other currencies accepted at Sunset Slots. This gambling site offers some of the best games available on the internet with options that will surely satisfy every type of gambler.

To get started, Sunset Slots Casino offers new players $15 that can be used on the many slots games listed on the site. This bonus doesn’t require a deposit or any commitment from the player and it will be credited into the account as soon as the sign up process is complete. Making a deposit is also rewarded by up to $500 in bonuses for the first three transactions. Using the GBP and EURO is also possible; sadly, Sunset Slots Casino doesn’t yet accept Bitcoin.

Special bonuses for deposits are available every day and there is even a nice promotion that gives users back 15% of their losses during the week thus offering them another chance to strike gold on the casino games.