According to an update made by the claims administrator in charge of payments distribution to ex-Full Tilt Poker customers from the United States, payments will start being made “shortly”. 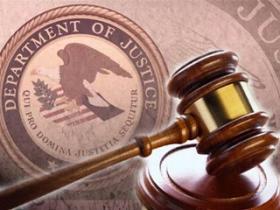 When Full Tilt Poker was shut down by the US Department of Justice in 2011, all accounts were blocked and players were not able to withdraw their millions of dollars in winnings. However, former rival poker room PokerStars purchased Full Tilt Poker last year and agreed to pay the money owed to the government as well as all the money the players had in their accounts on “Black Friday”. While non-US players easily managed to gain access to their funds through PokerStars once the deal was made, American players are still waiting for things to get unraveled.

The US Department of Justice hired the Garden City Group to handle the disbursement to all US players and despite rumors last month that it might take another year for the process to be complete, a statement was recently released saying that they had completed the review.

This step was said to be the most difficult given the large amount of data to go through and now that it is complete, the process can move forward at a much faster speed and players should be getting their funds back quite soon.

Also in the statement released on Thursday night, the subject regarding the cutoff line for US accounts is covered. Players are able to make a petition for the exact amount they had in their accounts on April 15, 2011. However, if the entire balance will be wired by the Garden City Group remains unknown. If the total amount of money confirmed for eligible petitioners is equal to the amount paid by PokerStars, all players will get their entire account balance back. If the amount from the petitioners is bigger than the funds available, the payments will be made on a “pro rata basis” according to the statement.

This pro rata basis is what attracted a lot of attention. Basically, if the money from PokerStars in its deal to buy Full Tilt Poker from the Department of Justice and the funds seized from Full Tilt Poker initially is not enough to cover the funds owed to US players, then they will not get their full balance, but just a percentage.

While there was no mention for the sudden change of speed, the news certainly makes ex-FTP payers happy, knowing that their funds are getting closer and closer. The declaration last month that US players might have to wait over a year to get their money back caused a lot of commotion through the poker world. The Poker Players Alliance has been keeping the pressure on the Garden City Group to move the process forward faster and make the payments in full.

The next step is for the payment system to be approved, which may take a while. It is very important to note that only US players that had money on Full Tilt Poker before April 15, 2011 can sign up at the claims website. The Garden City Group will use this website to determine the players that will receive funds. Players that are not registered on the site will not get any money, even if they had funds on Full Tilt Poker.

Online gaming for US Players

With the new casino bonuses and the changing online gambling market in the US, there is a chance that American players will once again be able to join the Full Tilt Poker tables. The company has also declared that it is looking to expand its offer to include casino games, which can make it the better choice in states like New Jersey that have legalized online games of chance.

However, the great sites that are available for players across the United States remain the main focus and there are some really amazing ones to try out. The Cleos VIP Room for USA players offers an entirely new online gaming experience and plenty of bonuses to make it even more enjoyable.