Operating casinos on Matsu islands as soon as 2019

With the online gambling law in some states getting a lot of attention and with Ultimate Poker going live in Nevada, it looks like the United States is getting closer and closer to having regulated online gaming. While Las Vegas is losing some of its customers in favor to Macau, it is easy to see that gambling is growing at a very fast pace; regardless if it is on land or on the internet. News of Taiwan approving a draft legislation, which will allow operators to build the first brick and mortar casinos of the nation as soon as 2019, has quickly spread across the globe. 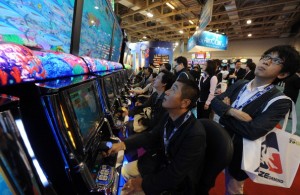 Of course, the legislation still needs to pass the vote in order to become full. After that, the government can start getting proposals from various casino operators and offer licenses to the chosen companies. It will take several years for everything to be sorted out and for the casinos to go up if the draft passes, but this is a big move for Taiwan which can prove to be a great source of revenue. Regulated gambling is taxed by the government according to local specifications and it is very possible that the next big gambling location to be in Taiwan. The Cyprus gambling help legislation has also turned to casinos in order to generate another source of revenue by lifting the ban on brick and mortar gambling venues.

Initially, the casino tax rate was 13% but such a big number would discourage developers while making it more difficult to get things started in the first few years of operating. The draft legislation however, states that operators will only have to pay a tax of 7% on gross gaming revenue during the first 15 years since getting the license, 8% for the next 10 years and then 9% in the last five years. There is also another tax of 0.5% that all operators will be required to pay and the money will be used for education and welfare programs on a local level and another similar percentage to prevent problem gambling. Some differences can be made by local governments but they are not to add special gambling taxes of more than 7%.

Weidner Resorts has already expressed interest in this potential new market and the Transportation Minister, Yeh Kuan-shih, also mentioned that there are two-three more developers interested in getting Taiwan casino approvals. The total number of licenses that will be issued hasn’t yet been specified but the legislation does state that each license will be available for 30 years and that the company building the resort will be the only one operating the casino.

Yeh also mentioned that going through the applications and issuing licenses should take less than a year. After that, building the casinos can take another four-five years, so 2019 is an optimistic prediction. Of course, some regions, such as the main island, will be off-limits for casino developers.

Similar to the casino games that make it so popular, gambling is a complicated business that features high risks, as described by Premier Jiang Yi-huah. In order to prevent bad effects and lower the risks for the nation, the legislation will have very strict controls on all operators; something similar to the situation in Singapore. Players that will want to gamble in Taiwan will have to be at least 20 years old in order to get into the casinos and they will not be able to use credit/debit cards. The casinos will not be allowed to have any ATMs or similar money lending services in order to not encourage problem gambling. Players can even be banned from the casino if family members wish it so and apply for it.

The Future Of Online Gambling In The US