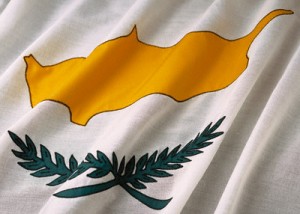 Even though the situation is slowly changing all over the world, many gamblers and online gamblers feel that things aren’t changing fast enough. But, as we’ve reported several times already, some countries have understood that, rather than banning gambling altogether and facing a lose-lose situation, they can turn it into a win-win much easier simply by imposing a tax on the sport.

We’re going to take some time and discuss the Cyprus economic crisis that the country is currently going through, just to give you a bit of perspective. We all know that starting with 2008 the economy started to experience quite a lot of problems in many different countries all around the world, and Cyprus is perhaps the best example.

The tourism sector and the shipping sector in Cyprus were the first to show signs of trouble, and back in 2009 their economy contracted by 1.7% largely because of this. Unemployment started to rise and the country entered a recession. The 2010 – 2012 time period didn’t see any progress in Cyprus, as things continued to look pretty bleak. Everything culminated with an emergency loan that the Cypriot state took from Russia in January of 2012. The €2.5 billion loan from Russia was supposed to cover the budget deficit and help pay off some of their debt. At the time, it was thought that Cyprus would be able to bounce back in the first quarter of this year and pay off the debt.

However, things went from bad to worse in 2012, when the country received several credit rating downgrades, and it all culminated with the request of a bailout from the European Stability Mechanism.

Just last month Cyprus agreed on a bailout deal worth €10 billion, and as part of the deal all bank accounts were taxed from 6.7% to 9.9% according to the amounts that the accounts held, leading to protests throughout the country.

Gambling to the rescue

As you can imagine, the country is now struggling to make money out of thin air, and one of the main methods of earning money now comes from gambling, of all places. Cyprus will lift the ban on casinos. As part of their president’s 12 point plan to help their economy stay afloat, casinos will be allowed in all areas of the country. Up until now, only in the northern part of the country, the Turkish side, were casinos allowed to operate.

While some voices say that this is a desperate move, others talk about Cyprus becoming a veritable Las Vegas in Europe, which will definitely draw in a lot of attention and cash. One thing is for certain, though: after banning exchange betting and online casinos just last year, Cyprus has now radically turned their strategy around, embracing gambling and online gambling. Whether this will work out and the top casinos will help Cyprus exit the crisis they are now facing, only time will tell.

Similar examples in the US

The idea of an economy relying on casinos or online casinos, with their awesome online slots or poker games is not new. California is a great example in this aspect, with casinos bringing in more than $7 billion to the state’s economy, and helping to create and maintain more than 50,000 jobs throughout the state. Pennsylvania and its 10 casinos is also a great example of how casinos can feed an economy, with close to $5 billion brought in by the gambling operators in the state, not to mention the 30,000 jobs that they help create. In total, the United States gets fed $125 billion by the casino industry which creates almost a million jobs in the country.

Hopefully, in a couple of years we can talk about how casinos helped revive Cyprus as well.