The next boom in online gambling might come from Holland

The Holland Casino, also known as the National Foundation for the Exploitation of Casino Games in the Netherlands, now holds the monopoly for gambling in Holland and it is in charge of 14 casinos that can be found in the Netherlands. All the profits from these casinos go to the Dutch treasury and the figures are quite impressive with more than 260 million in 2007. Recent reports show that the Dutch authorities are looking to sell Holland Casino in order to increase competition and also legalize online gambling. 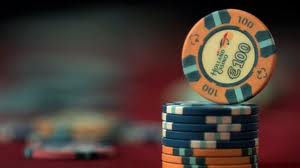 This decision is huge and might be the starting point of a large online gambling boom in the Netherlands and also in all of Europe. Details regarding how the casino will be sold are still unclear and there might be a public offering to get things started. The point is that the gambling monopoly in the Netherlands will be privatized next year and with the legalization of online gambling, it certainly looks like sparks will be there. It just remains to be seen if the large companies in Europe will use this new opportunity to its maximum potential and change online gambling. High competition is always good for the players since the companies have to make sure that their services are better than the competition and this can mean better software, reliable security and larger promotions.

Compared to the casinos found in Las Vegas, the Netherlands gambling industry is not as glamorous but it has been working pretty well under the control of the government and things are expected to improve quite a lot by breaking the monopoly and allowing for good competition. With 14 venues located in large cities across the country, Holland Casino has more than one million visitors each year which generate a profit of over have half a billion euros.

The largest casino is the one in Amsterdam, a city which has become famous for its museums, canals and legal marijuana. There are more than 5 million visitors that come to Amsterdam each year and a large gambling industry can take advantage of the tourist traffic during summer. To offer an idea about how large the industry is, all the 14 casinos in the Netherlands attract about as many visitors as the popular house used by Anne Frank in which she wrote her diary during WWII and her experiences as she was hiding from the Germans.

All eyes are on the Netherlands

There is no clear number specified by VMW Taxland but local companies as well as large operators from the US and the UK have shown interest in the sale. Aside from the gambling companies and the players that will benefit from the sale of Holland Casino, it is also expected for this decision to benefit consulting and financial advisory firms. Players will benefit from a regulated market and will be able to access their favorite casino games online. One of the preferred games in Europe is roulette which has been getting a lot of attention with the increase in online traffic. A website for roulette fanatics is always great because it offers tips and strategies as well as information about the best gambling sites that offer the game.

With large gambling operators from Europe and the United States, the gambling industry in the Netherlands is sure to get a nice boom over the next few years, especially if we add in the fact that the government will also legalize online casinos. Although the United Kingdom and Germany now are the top markets for gambling, this decision to sell Holland Casino might change the balance in Europe a little bit and bring forward a new central hub.