Internet gaming is the future of bingo

The traditional form of bingo played in brick and mortar venues has experienced a huge decline over the past few years. While most traditional gambling options have lost ground to the internet versions, bingo is amongst the few sectors that lost the most. The number of players going to bingo halls in the UK has dropped significantly, placing the major operators such as Gala Coral and Rank Group in a bad spot. 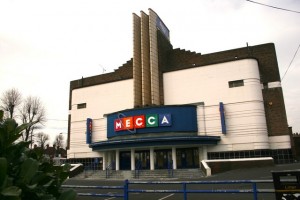 Gala is looking to sell most of its bingo assets while pointing the finger at the bad weather and increased competition on the market. Rank Group has also seen a decline on its Mecca Bingo product, with the latest figures showing a 7% drop and overall bad performance across the venues.

The decline in the number of players going to a bingo hall is not something new. As the internet becomes bigger and more people use it every day, the virtual options become harder to resist in the detriment of the traditional venues. It is now very easy to find a reliable online gambling site and get started in just a matter of minutes. There are even great promotions available for new players and the potential to win large prizes is there in every click. Try Slots of Fortune with a $15 NO DEPOSIT bonus.

It has become difficult for bingo operators to have the same success they did a few years ago and the factors contributing to this decline range from the weather and the average player income to the fact that innovation in retail bingo has not made any waves recently. However, bingo is far from being dead and there are still millions of players going every week as it remains the most social form of betting in the gambling industry. While the decline for traditional bingo halls will most likely continue, the internet can also be the solution for jumpstarting bingo as a successful game.

The known land-based companies have indeed tried to go on the internet and did fairly well. Both Rank and Gala have online offers available that rank well above the competition from sports betting sites that expanded to include bingo for their customers. Both are actually in the running for the Bingo Operator of the Year award that will be granted next month by eGR.

Although Rank has seen a 3% decline over the past 15 weeks, it is still a smaller drop than the 7% it experienced in the land-based segment.  Gala Interactive on the other hand shows better results in the virtual world as the number of active users increased by 4%. Most of it is due to the online casino product offered alongside bingo but it does seem that Gala found a way to keep bingo alive and growing on the internet.

The popularity of casino games can be a great way to attract players to other forms of gambling. Having a wide variety of options or offering a unique way is what tends to attract more customers nowadays. American gamblers can also get their hands on some great looking games thanks to Cleos VIP room for USA players only.

Other major operators apart from Gala and Rank are Gamesys, William Hill and tombola. They all have online bingo products but have experienced different results in recent times. Gamesys has been doing very well on the internet and its popularity has allowed it to expand into other markets. Hills on the other hand reported a revenue decrease of 6% in the third quarter of 2013.

The figures suggest that mobile will play a big role in the future of online bingo. However, the key to having a successful bingo hall is maintaining its social element that made it popular in the first place. Users are allowed to interact while playing and enjoy the game with friends through various channels. Social gaming has already taken in bingo and made it pretty popular, with some games having more than 4 million active users.