During the 2013 World Series of Poker summer, players were given the chance to sign-up in advance for the upcoming WSOP.com online poker room. While the plan was to launch real money play in the new regulatory environment in Nevada by the end of the series, big delays made this impossible. However, a recent announcement from Caesars Entertainment said that the card room will finally launch on Thursday, September 19. 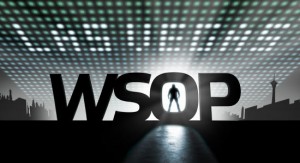 Eager to get things started, the WSOP.com poker room became available to those that signed up in advance during the summer – an estimated 12,000 people. The players were invited to have first shot to the real money tables, as long as they were located in Nevada.

After getting the notification on email on Tuesday, interested players could simply download the client through the provided link and get started right away. The options included real money cash games, sit-n-go tournaments and multi-table tournaments. Despite the traffic being fairly low considering the unexpected launch and the limited player pool, the general first impression seems to be a good one. The real test will come once the gates open to all the players in Nevada, thus marking the launch of the first official competitor to the first regulated online poker room, Ultimate Poker.

Right from the start, players will be able to enjoy a much better variety of options than at Ultimate Poker since WSOP.com not only offers no-limit and limit hold’em, but also has tables for Omaha and Seven-card Stud. The satellites for the World Series of Poker Europe events will allow online players to win packages to some of the biggest live tournaments in Europe and there will also be an online series hosted in October. The winners from the nine-tournament series will compete in a special sit-n-go tournament entitled the “Online Nine” and it will run during the final table of the WSOP Main Event in November.

LiveAce enjoying a good response in the US

About a month ago, a new online US poker site was launched in 32 states and it offered a unique approach to the game. Players are able to enjoy online poker in a legal environment since the game is basically free but with a twist that allows users to exchange their free chips for real money in an auction-based system.

The CEO of LiveAce, Adam Stein-Sapir, has recently made an interview for a well-known gambling site in which he talks about the poker site, the response from the players and the future. According to him, the launch has been very well received across the 32 states and there are several cash game tables running 24/7. Players can easily find a seat and start right away, with the chance to come across some established poker pros in the process.

Slots of Fortune gets a makeover

Slots of Fortune is one of the best online casinos for US players as it offers a long list of games and plenty of great bonuses to make sure that players are always winning. The Slots of Fortune casino review presents all the important elements of the site and while most of them have remained, the casino has recently gone through some changes.

The style has been modified a bit and the promotions are no longer the same. New players can now take their pick from two welcome bonuses – one 300% bonus of up to $3,000 exclusively for slots and another 200% bonus of up to $2,000 for slots and table games. The old 100% bonus, up to $777, is now a cashback reward after making the first deposit and there is also a $50 Refer a Friend bonus. Other regular promotions and a 3-level VIP Program make sure that all customers are nicely rewarded for choosing this online casino. Try Slots of Fortune here!