Revenue goes down but online gambling remains a possibility 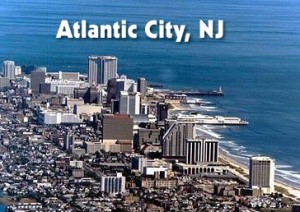 Atlantic City is one of the most popular gambling destinations in the world and its recent regulations regarding online gambling within the state has attracted a lot of attention. However, while the operators are working hard on their offers and the regulators carefully assess each application, the casinos on the boardwalk see a 3.6% fall in revenue in July, compared to the same month last year.

A bit over $297 million in revenue were taken in by the Atlantic City casinos last month according to the recent numbers released by the officials. This doesn’t really come as surprise considering the fact that the east coast gambling resort has been in decline for the past six years. With the figures from last month, the casinos in Atlantic City have had revenue go down by a total of 9.6% in the first seven months of the year to reach a record low of $1.68 billion.

The most popular gambling option remains slot games, which have accounted for $215.5 million, while table games came in second with a total of $81.7 million revenue generated in July. With 12 casinos being located on the coast, nine of them have reported revenue declines last month, with Tropicana Casino and Resort suffering the biggest hit – 26% decrease in revenue compared to the same month last year to now reach $20.6 million.

The Trump Plaza Hotel and Casino also had a bad month, reporting results 25% lower to reach $8.1 million. The third name on the list is Showboat Casino Hotel, which went down 19% in revenue to reach $18.6 million. On the other side of the list, the three casinos that managed to keep their revenues growing in July included Borgata, which had $64.3 million in revenue, up 18.9%. However, the best figures came from Revel, which had a very impressive month to increase its revenue by 33.4% to $23.4 million.

The CEO of Revel stated regarding the revenue boost that is the result of their “Gamblers Wanted” campaign and that they will continue to look for ways to improve and maintain the growing revenue rates going into August.

Although the overall decline in Atlantic City can cause some big problems for the operators, the hope can come from the potential online gambling industry expected to launch in late-November. The regulations allow for various games of chance to be offered over the internet, for players within state borders and all of the 12 casinos in Atlantic City have applied for a license.

Partnerships with offshore operators have been made since the regulators will only grant licensees to Atlantic City casinos and their partners, if they meet the necessary conditions. If things go smoothly and the sites are a success come November 26th, the New Jersey online gambling industry can be well on its way to generating anywhere between $500 million and $1 billion in additional revenue just in its first year.

If the online poker regulations in Nevada showed anything, is that delays can very easily appear when looking to step into new territory. The operators had to extend their deadline several times and this continues to be an issue despite the fact that the first Nevada-based online poker room launched a few months ago. A WSOP-brand card room was expected to go live during the summer festivities in Las Vegas but the launch date has been pushed back yet again.

Intrastate online poker compacts between Nevada and New Jersey can become a reality next year and this will allow states to share player liquidity and form new relations. Given Nevada’s small population, intrastate compacts can prove to be a good solution, especially if we consider the great number of potential players in New Jersey.

Interesting Online Poker Site Launches In The US