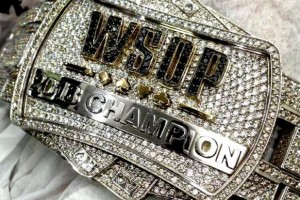 It is that time of the year when poker players from around the world gather in Las Vegas to take a seat at the tables and put their skills to the test. As always, the Rio Hotel and Casino will host the thousands of players looking to have fun, win some money, earn a golden bracelet or even claim the ultimate title, the WSOP Champion.

The 44th World Series Of Poker began yesterday with the traditional Casino Employees event that has a buy-in of $500 and is only available for the many players that make the casinos function the way they do. While this is always a nice way to start the series, the real action began with Event No. 2; a $5,000 No-Limit Hold’em that had 481 entries, including quite a few big names in the industry. Players like Phil Ivey, Antonio Esfandiari and Daniel Negreanu did not waste any time this year and are looking to add a few more bracelets to their name.

62 bracelets up for grabs

The schedule this year will include 62 bracelet events and will end on July 15 with the final nine players of the Main Event coming back in early November to determine the 2013 World Champion. This is a nice change from last year when the schedule was one week shorter and this meant that the final table would be played in October.

The first Omaha event will take place on Friday and it will be a mix with Seven Card Stud with a buy-in of $2,500. To get warmed up for the weekend, a Friday casino bonus offered by Black Lotus can be perfect for those that can’t make out to the Rio and just want to enjoy a few games. After that, on Saturday, the Millionaire Maker will take central stage; a new event that has a guaranteed first place prize of $1 million and a buy-in of just $1,500.

The WSOP brand is widely known across the world and Caesars Entertainment has announced a while back that a WSOP online poker room will be coming this summer. Another announcement made yesterday on the official website encourages players to already sign up for an account and win a share of the $700,000 which are now up for grabs.

Players who are already in Las Vegas for the World Series Of Poker can just get a form and sign up for free. There will be 36 seats awarded on random to lucky players that want to take part in the tournaments and are also looking forward to the upcoming online poker room. In addition to the seats, every player that signs up will be able to take part in the 100k Freeroll. The winner will not just take the big prize but will also become the first member of the Online Nine which will come to Las Vegas in November and play for another $100,000 as part of the WSOP Main Event Final Table festivities.

Online poker in the US does seem to be picking up momentum with Nevada already having its first online poker room live and with the upcoming WSOP cardroom making a lot of waves. Players from the state will soon be able to enjoy the game they love on the internet in a controlled and regulated market. New Jersey is also working on its online gaming offer and it is expected that the first sites will launch by the end of the year. Until then, the World Series Of Poker will certainly keep people entertained and casual players can still win their way to the most prestigious event of the year while playing on the internet and taking down satellites.