Some of the things that stood out from the conferences

The iGaming Asia Congress is now underway and with the first two days already behind us, it is the perfect time to take a look at some of the highlights that will have an impact on the online gambling industry. The congress takes place at the Grand Hyatt City of Dreams in Macau from March 12 to 14 and it basically brings together all the major gaming operators in Asia as well as other large companies from around the world.

There have been quite a few questions asked as a result of the conference thus far with the Asian market being the main focus but divided into smaller sections. 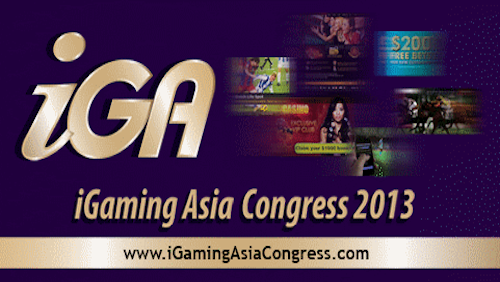 The main focus on the first day was on social gaming, an important segment around the world that is expected to become even bigger this year. With more and more people joining the social networks every day, it has already reached the point where most online gamblers have an account on at least one of the popular sites. This makes the opportunities for companies to sell their products quite incredible and it was a very important topic at the 2013 iGA.

While social gaming is fun for the users since the titles are easy to access and don’t require a download, most companies are looking for ways to make real money out of virtual goods. With different operators at the conference showing off their ideas, it looks like this is certainly the next step. Online instant play casino games can already offer gamblers the chance to play without downloading and win some big jackpots in the process.

However, the social games don’t normally feature a gambling element so the companies need to make money out of other features. One of the ideas was to give users the chance to purchase virtual items for real money. These would help them make progress in the game easier or just have a purely esthetic role depending on the game in question. Selling support and add-ons is very popular in social gaming and this allows the companies to make lots of money without having to make real money transactions.

There are one billion users on Facebook which makes it the main target for online companies that want to make their games known.

A representative of PopCap Games, the company behind the popular “Plants vs. Zombies” game, expanded on the concept of games that can be played from different platforms but with a nice twist. While mobile gaming is very popular and gives players the chance to enjoy their favorite games on the move, the idea to easily switch from one device to another would make it even better.

For example, playing a popular slots game on a mobile device is very easy and can be quite fun but when the user gets home, he can have the option to change from his smartphone to the laptop or even the TV to just seat back and relax while playing. With some slots offering millions of dollars in progressive jackpots, it is easy to see why some gamblers wouldn’t want to stop playing. Slots of Fortune has some of the best looking titles on the internet with huge promotions to help get users started and make sure that they have enough money to constantly enjoy those spinning symbols.

The Asian Conference also revealed that the market in the East is very different from the one in West. Massively Multiplayer Online Games are very popular in Asia and these allow a large number of players to get together and enjoy the same game at the same time. This makes it quite difficult since users normally need to play together in order to achieve higher goals and it takes it one step further than regular games.

The titles that had the most success in Asia are the ones that offer their players a long story with a rich culture which they can be a part of and the ones with advanced graphics that tell the story in a rich and colorful fashion with a great attention to detail. Most of the big names in this market are free but players are normally given the chance to buy special items that can help them get levels faster or get around the map quicker.