Casino in Mexico is robbed

One of the many crimes in Mexico

Some of the latest casino news include a tragedy. A group of armed men entered a Caliente Casino located in Plaza Saucito in Chihuahua, Mexico.   The men pointed their guns and started yelling at the clients who were having an entertaining night at the casino floor.  The armed men stole money, jewels, wallets and other things from clients and the casino.  This robbery took place at one in the morning and many people were witnesses to this tragic event.

According to some authorities the amount stolen by these thieves, was at least 100 000 Pesos and many of the victims also claim to have been wearing expensive jewelry.  The delinquents first pointed their guns at the employees of the casino and they finally made the cashiers give them some of the money.  The people who were near the cashiers, were the ones that were assaulted too and this was a very bad experience for all of the people at the casino.

Some witnesses testified that one of the delinquents stayed outside the casino, onboard a gray Chrysler, Stratus on which the criminals left.  This is one of many similar crimes taking place in Mexico at the moment and this is why many important cities are now being patrolled by the army instead of the police.

There are still no news about the criminals and where they might be hiding.  Many are already saying that his crime will never be solved and that it is going to be a closed case in no time at all.  For most people, the Mexican authorities are not doing their job correctly and they are letting some criminals operate.  Corruption might be one of the worst problems in this country, but unemployment is actually what is causing many to be drawn to criminal activities. 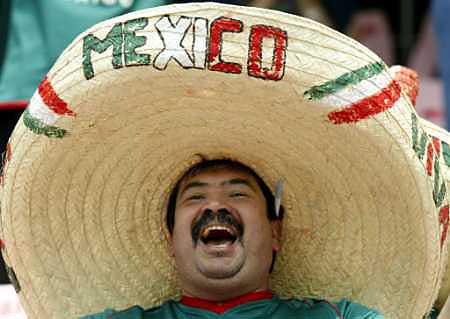 Casinos in Mexico are very popular amongst its citizens and even though these operate in a rather fringy law regulations, most people accept them and consider them to be legal. There have been some recent problems at casinos in several States in Mexico and this is all due to organized crime.  Several casinos in this country have been assaulted like this one and some have suffered even worst disasters.  A few months ago, armed men also entered a casino in Monterrey, Mexico and decided to burn it. Apparently there had been some management problems with a group of organize crime members and they decided to burn the place, while there were still clients inside.  Many of the women and senior citizens, who were playing casino games, could not make it outside and the smoke and flames took their lives.

Playing casino games online is becoming an excellent option for most Mexican citizens and for people in other countries as well.  Not having to leave your home, gives you extra security and commodity.  Not only are you going to be safer at home, you will also have the opportunity to play some casino games with your loved ones and even let them help you to try your luck in these games.